New homes in the Algarve

The Algarve is one of Portugal’s most popular regions, as the beauty of its beaches and the charm of its small villages make up a true compendium of attractions for those who love seaside destinations. So, it’s not surprising that the new homes in the Algarve are making this area one of the most dynamic and exciting property markets in Europe.

Palmares
The natural beauty of Palmares demanded an architecture capable of preserving and enhancing it. A challenge for which the RCR Arquitectes studio, thanks to its architectural landscape design and respect for the beauty and natural richness of the places, was the perfect choice.
Algarve
Discover
1
Amendoeira
The influence of Moorish architecture is evident in this beautiful resort, with its cool tiled courtyards, elegant arches and private terraces, all surrounded by lush gardens.
Algarve
Discover
1
Load more

Nor should we forget that Forbes magazine has chosen Portugal on as many as three occasions as the best country in the world to live in if you’re living abroad and seeking quality of life. The reasons behind this choice seem obvious but, just in case, let’s go over them: the light, the sights, the cuisine, the friendliness of its people, the coastline and, moreover, the fairly affordable prices at which all the above can be enjoyed. 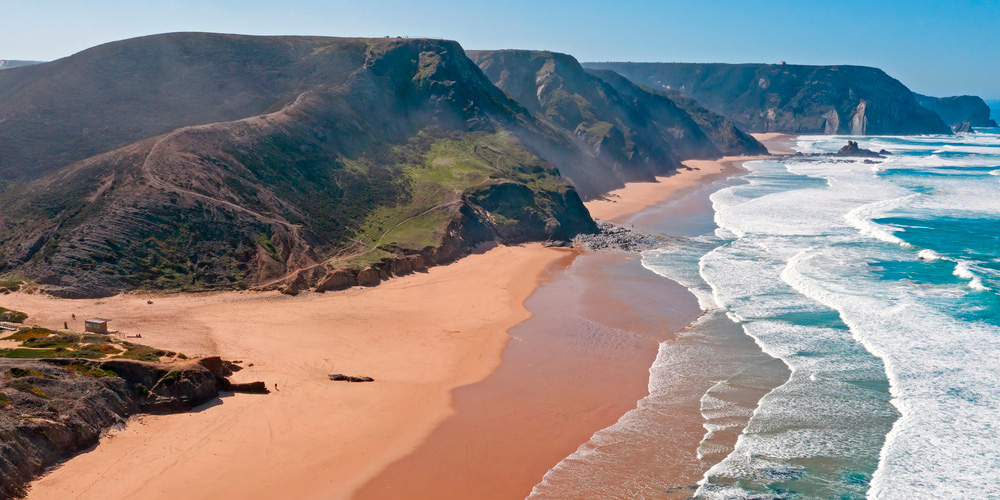 Of course, the magnificent coastline of southern Portugal also tips the balance in the country’s favour, with its sandy beaches, picturesque and charming fishing villages, nightlife, and culture making the region one of the most sought-after on the continent. We’ll now go through some of its most iconic towns and cities:

The city of Faro

The most populous municipality in the whole area is Faro, with a population of 60,000 inhabitants. The capital of the Algarve is a beautiful town with a rich past clearly visible in its old quarter, surrounded by the remains of the ancient walls. It is an imposing monument that still retains its three mediaeval gates: the Arco da Vila, the Arco do Repouso and the Arco da Porta Nova.

Moreover, the elegant Rua de Santo António, a cobbled pedestrian street lined with shops and stately buildings, arouses the admiration of the most sophisticated urbanites.

This municipality has around 20,000 inhabitants and is located just a few kilometres from Portimão and a stone’s throw from our Palmares residential development. Lagos is distinguished by its contrasts, as it has a very small and traditional historical centre, which doesn’t prevent it from enjoying a rocky coastline of a beauty that’s hard to match.

This bustling town is the third largest in the Algarve and it has a beautiful, rugged beach called Praia da Rocha, surrounded by a landscape dotted with impressive rock formations.

All these picturesque landscapes and municipalities make the Algarve a region of great interest and, of course, there are those who want to buy a second home to enjoy the Algarve at their leisure. At Kronos Homes we are aware of this, and we have joined the new construction proposal in the Algarve with the Palmares and Amendoeira projects.

Our Palmares Ocean Living & Golf resort was designed by RCR Arquitectes, winners of the 2017 Pritzker Architecture Prize. The spectacular landscape was the creative starting point for an architecture fully integrated into nature, as well as an 27-hole golf course designed by Robert Trent Jones II.

As for Amendoeira, its Mozarabic-inspired buildings are surrounded by peaceful gardens and fountains, as well as two award-winning 18-hole golf courses, a 9-hole par 3 course and a selecction of sports facilities, restaurants, a children's club, beach transport, and so on.

Two projects that characterise a new concept of resort and have revolutionised the ideal of residential development in the Algarve as a result of their extraordinary architecture and the comprehensive services they offer.

We are
very
close

We are here
to help you.